As a young girl I always loved the Book of Esther! Positioned right there in the Old Testament amidst endless wars and “boy stuff” is nestled this jewel of a tale, so perfect it seems like fiction. It could stand against any Hollywood blockbuster, Nicholas Sparks novel or Disney princess movie. We see lavish royalty and parties that could rival The Great Gatsby, a crooked politician, the wise yet insubordinate sidekick, and of course the orphan-turned-queen. Oh, there’s still plenty of bloodshed. But, what exudes from the pages of this true story is a beautiful display of the love of God for his people. Esther exemplifies for us what it is like to live the God-story.

As the story of Esther goes, King Xerxes of Persia banishes Queen Vashti for refusing to show up to his party. He then puts on a contest of sorts that is reminiscent of modern-day show “The Bachelor,” where Esther is chosen to be queen. In obedience to Mordecai, her cousin who raised her, she kept her Jewish identity a secret. Meanwhile, Haman, the king’s right-hand man who happened to hate the Jews, convinced the king to issue a decree to have all of the Jews annihilated- a literal holocaust. When Mordecai hears of this plot he quickly gets word to Esther that something must be done! He states:

“Do not think that because you are in the king’s house you alone of all the Jews will escape. For if you remain silent at this time, relief and deliverance for the Jews will arise from another place, but you and your father’s family will perish. And who knows but that you have come to your royal position for such a time as this?”

Then Esther sent this reply to Mordecai:  “Go, gather together all the Jews who are in Susa, and fast for me. Do not eat or drink for three days, night or day. I and my attendants will fast as you do. When this is done, I will go to the king, even though it is against the law. And if I perish, I perish.”

So Esther issues a fast, then puts on her royal robes and goes before the king.
She finds favor with him, Haman’s plot backfires and he is killed, the Jews are not only saved but even honored, and above all, God is glorified.

Just to bring the magnitude of this story closer to home, think of all of the Holocaust pictures from the Nazi era that haunts our minds- the devastating numbers of Jews who were murdered at the command of Adolf Hitler. Just imagine for a second that history was rewritten, and the historical account instead went something like this: Hitler had a well-devised plan for a holocaust. Yet, the entire plan fell through! And, the instrument that debunked the entire plot was not a mighty nation, was not a daring assassin, but was a single young orphan girl.

Unfortunately that is not how the Nazi Holocaust played out. This is, however, the magnitude of what God accomplished for Israel through Esther. By her faith and her courage she prevented a Holocaust! It is no wonder that to this day Israel celebrates the Festival of Purim, commemorating this great miracle of God through Esther!

There is so much we can drive from this epic story and from the example of Esther, but there are some key truths that I would like to highlight for you today. After all, like Esther, we all have a story. And as followers of Jesus Christ, we all have a God-story we are destined for!

Truth #2: Every good story has a Haman.
Everything seemed just fine until Haman came along. Because of him, things got really scary really fast. Without him, Israel could have just continued coasting by in complacency and compromise. They could have continued down the path of forgetting their God. But then came Haman.

May I dare say that the controversies we face and the Haman’s in our lives today- those very things that threaten us to the core can ultimately serve to make the God-story of our lives so much better?! For instance, it would have been nice, and so much easier if I had never made mistakes and had never faced setbacks. My story could just be that I am a minister and I just waltzed into my dream vocation like a saint. But the real story is that I ran from God and made mistakes and experienced his grace and forgiveness head-on. My story could have been that I have an enviable marriage to my dream husband. But the real story is that I have walked through great pain and divorce, yet have experienced the mercy and redemption of God in Denny Rodney. My husband who loves me, who I’m not afraid of and who I delight in. I wouldn’t have the capacity to be as thankful as I am for him, had I not walked through the pain of my past. And, my story would have been just fine if I would have had the courage to just step onto a stage and take a microphone and speak before a congregation. Instead, I ran in fear from the opportunity. The turning point for me, it was a devastating diagnosis of an incurable debilitating disease called multiple sclerosis. That is what catapulted my heart into a state of resolve for my passion. Now, the fear of public speaking is my welcomed friend. I no longer try to get out of ministry opportunities but instead I sense that I must do all that I can now. And, this has been such a fun way to live!

As we look back over the faithfulness of God in our lives we can truly admit that the Hamans have certainly increased the ratings on our God-stories!

Truth #3: You are positioned for a purpose.
Mordecai told Esther, “Do not think that because you are in the king’s house you alone of all the Jews will escape.”

Do not think that because you are in the comfort of the United States that you will escape the world’s hate of God’s people. Don’t think for a second that the reason you have a messy packed closet of clothes, AC, cars, iPhones, a myriad of luxuries and conveniences and above all the freedom to openly follow Jesus Christ- don’t think for a moment that you are in any way better than your fellow believer on the other side of the globe that has nothing. You are in the palace, a palace of comfort because God put you there for a purpose. You are in a position of influence because there is a job for you to do. And saying yes to that job may threaten your perfect world, it may tread upon your comfort zone, but it is the entire reason you are there. You are positioned where you are “for such a time as this.”

When the odds are stacked the stage is set!
Every good story has a Haman!
We are positioned in the palace for a purpose!

I hope you are encouraged today! I know we all can identify with the orphan who became a queen. That is our story too isn’t it? We were lost and without hope, disconnected from God our Father. But then, like Esther did for Israel, one person changed everything for us. Jesus chose to perish for our sake. We have a slain and risen Savior who is the Hero of our story. Because of Jesus Christ, we all get to have a God-story!

Download this free “Living the God-Dream” wallpaper for your iPhone!

One thought on “Living the God-Story” 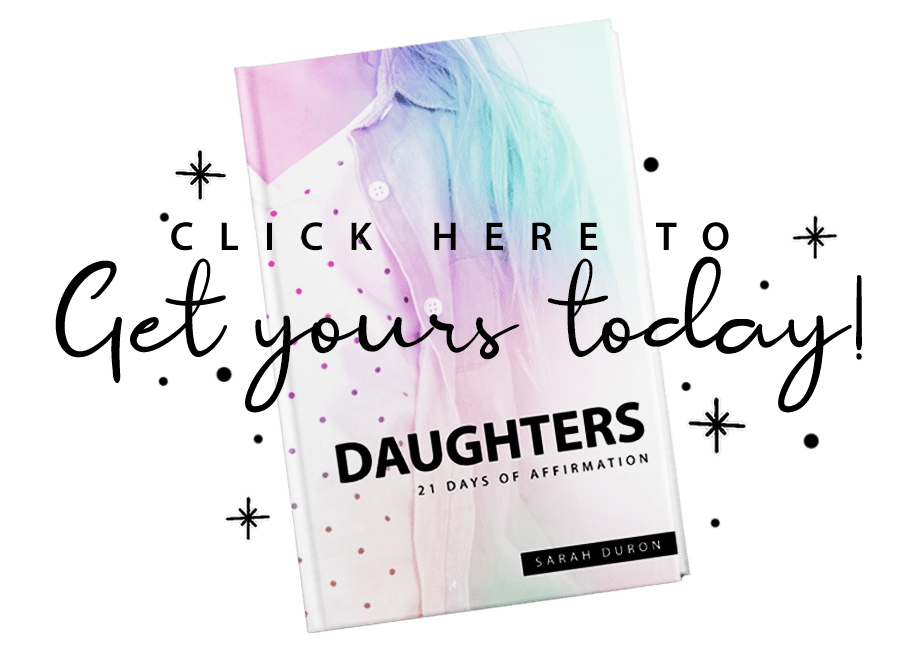